I know I will make it

I will never stop thinking of You…
You where such a nice Dream..that never come true..
I wish I meet You…for sure…
You will always have a place in my heart ♥
This song is to You..My Dream..♥

Sometimes you have to pick the wrong one to find out who the right one is.

All alone…I miss You so much
Even now when You are gone..I can still feel the way You my body touch..
My feelings for You make me so blind..
I do not know any longer what is going on in my mind
I know this is not what You want me to..
So I say…I am so sorry because I got feelings for You..
I do not care if You think this is bad…
Right now…I am crying and I am so sad..
I do not want to be Your No 2…
I wish I told You……..how much I love You
You just left…leaving me all alone and so sad..
I wish I was honest to You even if it is bad..
You told me – I will see You again.I really do…
I wish I told You….How much my heart is in pain…because I LOVE YOU ♥

Let’s take it one day at a time together 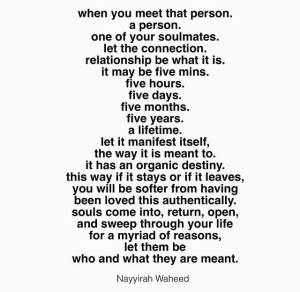 While I want to give up and stop seeing you again so I still want to be close to you again and again.
So let us take it one day at a time and see what happens.
Let’s live in the moment and enjoy what we have together.

They did it…..MFF is in CHAMPIONS LEAGUE.

As a resident of Malmö you are clearly very proud today of the football team has made ​​it to CHAMPIONS LEAGUE.

CONGRATULATIONS MFF for your fine performance today. You deserve to move on.
It will be interesting to follow your further matches in CHAMPIONS LEAGUE.

Sometimes it is chance that determines it. You never know what fate has in store.

Sent the application to work as Party secretary of the Swedish Parliament and received a reply today. I have moved on in admissions and has now received my first task to be performed for the next step in the selection process.

What is the hardest thing right now is that I’ll choose 3 out of 15 committees that I can think of to work within. What experience do I have that I can contribute in the various committees?

My first choice is of course the Social Committee. There I have a lot to bring. # 2 I choose the Foreign Affairs Committee. Secondly I have lived abroad, and secondly, I’m very interested in the foreign policy. When it comes to the 3 option is more difficult. Maybe it will be on Education.

Whatever happens going forward, it feels like half a victory that I have moved on in the tryouts for this job. I’m really going to fight and do my very best to become employed as Party secretary in the Swedish Parliament.

– It didn’t feel good to be a part of it considering our work with the Childhood foundation, the Queen tells Aftonbladet.

In an exclusive interview with Aftonbladet.se the Queen explains her decision in detail.

– I hope that everyone understands and respects….I want to celebrate the Polar Prize winners but I couldn’t be there and pretend that everything was ok.

The family supports her

She also says that the royal family has discussed Chuck Berrys verdict within the family. The Queen did attend the traditional Polar Prize dinner, but not the award ceremony.

– The King Carl Gustav, the Crown Princess Victoria, Prince Daniel, Princess Madeleine and her husband Christopher all support me and they understand my decision. The king was there and handed out awards to two musical geniuses, but I couldn’t.

Once again, you have charmed me

Why do I fall once again for you and your words?
I do not but still I do.

What is it about you that is so special, so I constantly stays with you.
You say I’m your bitch and your woman.
But is this really what I want to be?

Every time I know that I will once again live with feelings that are like a roller coaster. Both happiness both sadness.

Perhaps it is because we have come close to each other and started to become accustomed to meet.
So once again, you’ve got me where you want. Stay with you and just be your woman.